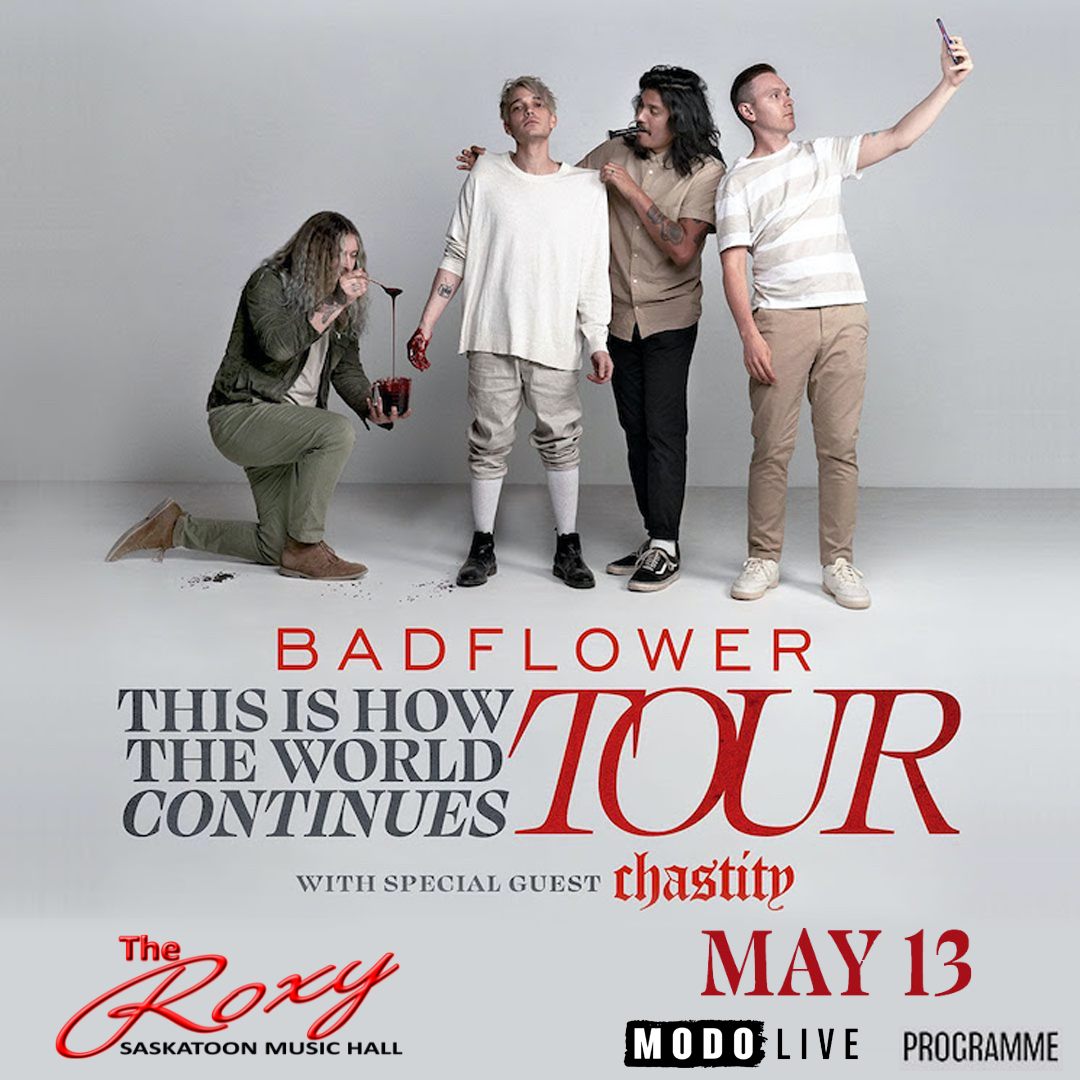 Badflower is an American rock band founded in Los Angeles, California. The band is composed of singer/guitarist Josh Katz, lead guitarist Joey Morrow, bass guitarist Alex Espiritu and drummer Anthony Sonetti. The band is signed to Big Machine / John Varvatos Records and was named Artist of the Week by Apple Music after the release of their EP Temper in 2016. Their debut studio album, OK, I'm Sick, was released on February 22, 2019. Their second album This Is How the World Ends was released on September 24, 2021.

Tickets no longer on sale for this event.

This event is over! Check out our events currently on sale