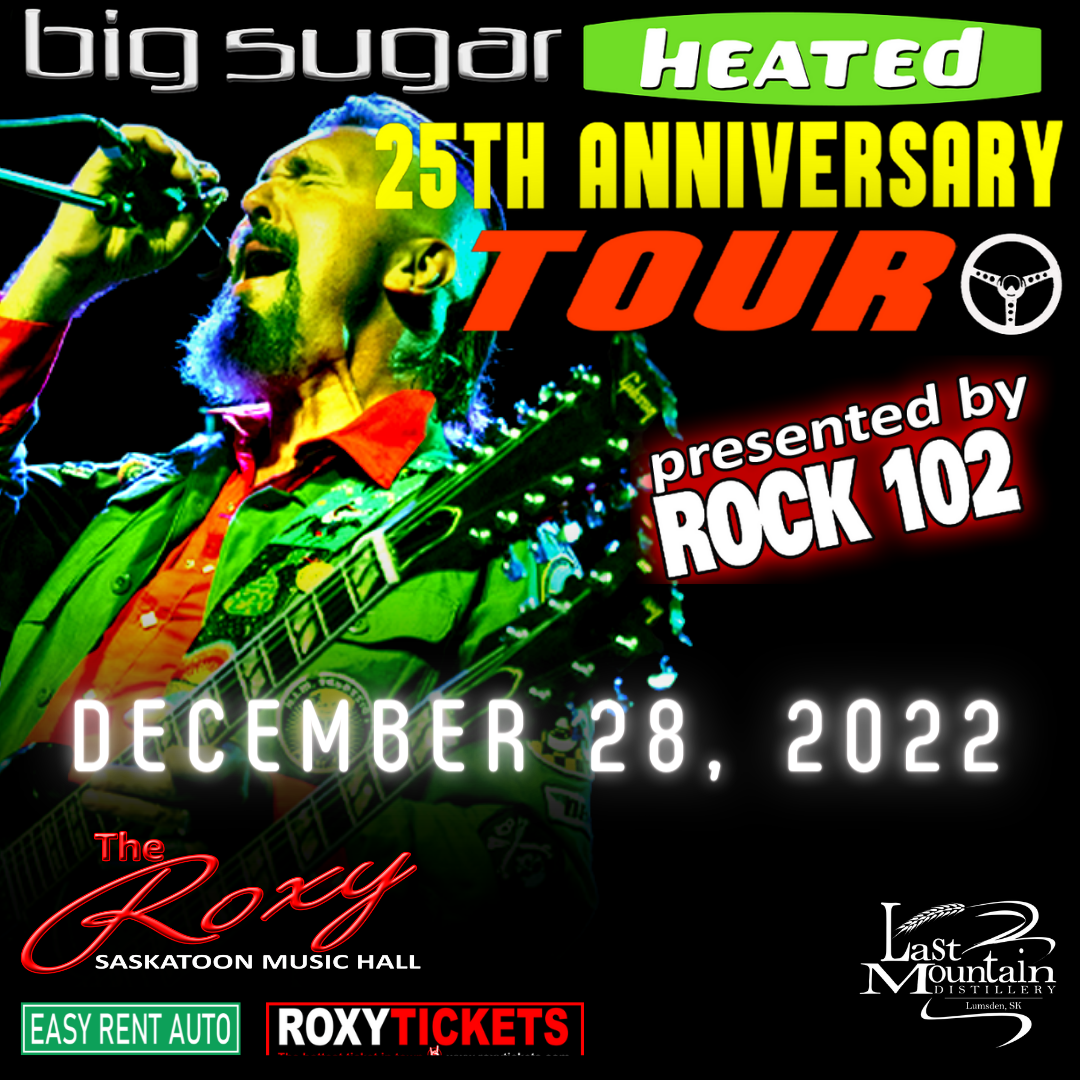 Big Sugar celebrates the 25th Anniversary Deluxe Edition release of their platinum selling album "HEATED". Canada's guitar god Gordie Johnson and band will perform the album in its entirety including hits such as "Turn The Lights On", "Better Get Used To It" and "The Scene". There will also be a 2nd set of classics and jams from the expansive Big Sugar catalogue. Only in select cities across Canada this December

Big Sugar returns to the stage with a new lineup and are proud to announce new bassist, Ben Lowe, the 23-year-old son of Garry Lowe. After the tragic death of his longtime bassist Garry Lowe, bandleader Gordie Johnson spent the past four years reimagining Big Sugar. “Our music has always been about roots and culture and this is a perfect piece of that evolution. You can hear Big Sugar in Ben’s DNA.” states Johnson.

Big Sugar boldly goes forth in 2022 with new music from their latest release Eternity Now and vinyl re-issues of Heated from Universal Music along with their classic album Five Hundred Pounds coming soon from Third Man Records.

Since the 90's Big Sugar have been a staple on the airwaves and highways with a unique combination of Jamaican rhythms, blues tonality and heavy rock aggression. Songs like Diggin' A Hole, If I Had My Way, Turn The Lights On and Roads Ahead with their roots/rock/reggae style that includes Gordie Johnson’s signature guitar playing have built a loyal following, earning Big Sugar a Road Gold Award as they continue to sell out concerts across North America.

Tickets no longer on sale for this event.

This event is over! Check out our events currently on sale